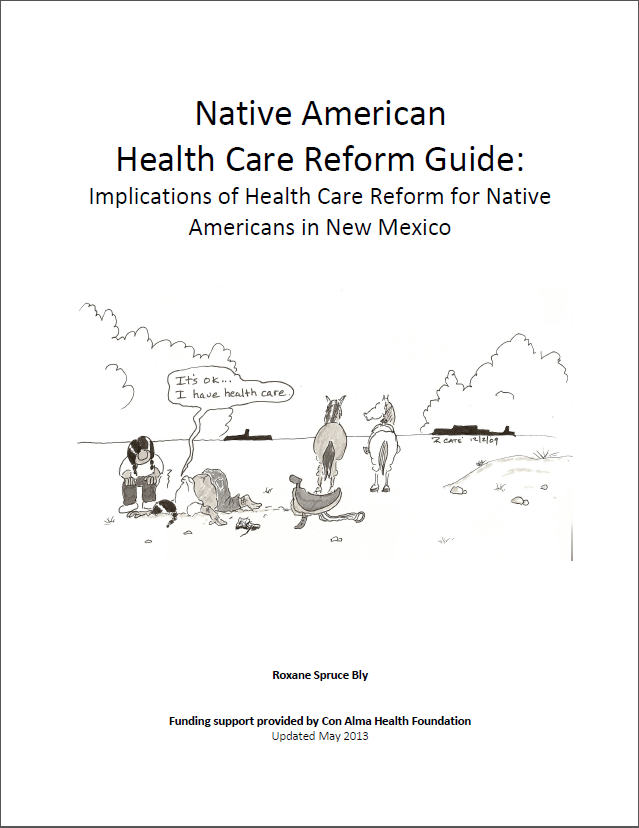 Roxane Bly, an American Indian health-policy consultant who wrote the guide for Con Alma Health Foundation, said it’s critical for American Indians to understand that even though they are not required to have health insurance, it’s important to get as many American Indians covered as possible through the health-insurance exchange or Medicaid expansion.

“The Indian Health Service is not health insurance,” she said. “It’s a fragile system where people can get some services, but it’s unreliable and underfunded. When Indian people have coverage, tribal providers can bill for those services and put money back into the system. It strengthens the Indian health system and could potentially allow for the expansion of services.”

Key information from the guide:

In addition to the health-care reform guide, Con Alma Health Foundation brought people together in four convenings to learn more about how the federal Affordable Health Care Act will affect them and the people they serve. Con Alma held meetings in Albuquerque, Las Cruces, Clovis, and Gallup so people from across the state had an opportunity to learn from one another and network.