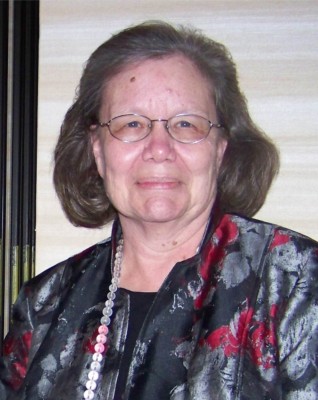 Con Alma Health Foundation Board Member, Jane Batson, died Saturday, September 27, 2014 at age 67. Jane joined the Board of Trustees in April, 2012, representing the southeastern section of the state; she lived in Roswell.

Jane worked tirelessly to support health in her community. In 2002, she was the recipient of the New Mexico Distinguished Public Service Award for dedication to public service and the betterment of life in New Mexico. She retired from Eastern New Mexico University-Roswell in 2013, having served as interim vice president for external affairs and dean of the Division of Health. Jane earned a diploma in nursing from Northwest Texas Hospital School of Nursing, a bachelor’s degree in chemistry from ENMU and a master’s degree in counseling and guidance, also from ENMU. During her remarkable career she received numerous awards for her work at ENMU and in the community including the KOSA Award for Excellence in Teaching; United Way Community Service Award; New Mexico’s Outstanding Volunteer Award for National Philanthropy Day; ENMU Human Relations Award; and the New Mexico Border Health Council Lifetime Achievement Award. She will be deeply missed by all of us.