Con Alma names new Board members and Board Officers 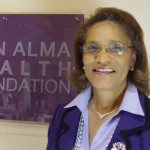 Con Alma Health Foundation (CAHF) announces the election of two new members of the Foundation’s statewide Board of Trustees and new Board Officers.

“The Board of Trustees, Community Advisory Committee and staff are happy to welcome new board members representing Jemez Pueblo and Deming areas.  By engaging new leaders, we can extend the Foundation’s reach and promote collaboration that supports better health outcomes for all New Mexicans,”  said Dolores E. Roybal, CAHF Executive Director. The new Board Members elected to three-year terms are:

Louis J. Luna, Deming – Mr. Luna is a licensed Social Worker and has worked in the many arenas of health care, case management, and service coordination. As owner of Luna Consultant Agency, a translation and interpreter business, he works with Deming and Las Cruces Public Schools, UNM, NMSU and the NM Department of Health.  He has also worked within the State of NM Health care systems with the State of NM Department of Health, Long-term Care Services and the Public Health Division focusing on program coordination, self-advocacy, sociological change, service delivery, economic development and grant writing.  Currently, Mr. Luna serves as the board chair of the Community Advisory Committee for the Southern Area Health Education Center (SoAHEC) at NMSU and on the board of the Community Action Agency of Southern NM.  Additionally, he has served as Co-President of the Bi-National Health Council of the United States-Mexico Border Health Association; as a committee member for the Substance Abuse Regional Group, S.A.R.G. from the University of New Mexico; and as a founding board member of the Arc of New Mexico Foundation.

Benny Shendo, Jemez Pueblo – Mr. Shendo has served in various capacities of management and leadership in business, tribal, university, and state government.  He currently serves as the Vice President for Business Development, NB3 Consulting.  Additionally, Mr. Shendo has served as: the first Cabinet Secretary for the Department of Indian Affairs, 2004-2007; 1st and 2nd Lieutenant Governor, Pueblo of Jemez, 1998 and 2002, 2009 respectively; Senior Manager, Native American Programs at University of New Mexico, 1997-2004; Assistant Dean of Students, Stanford University, Palo Alto, CA 1994-1997; Tribal Judge, Jemez Pueblo, 1998 and 2002; NAPCOE College of Engineering at UNM, 1990-94.  Mr. Shendo was named a Fellow of the W.K. Kellogg Foundation National Leadership Program from 1997-2000. He was one of 40 individuals selected in the United States to travel to China, South Africa, New Zealand, Australia and United States, to study issues in education, leadership, health, social systems, and politics.

New Officers for Board of Trustees
With CAHF board members finishing their final terms, new leadership was elected unanimously to the Board’s leadership positions.  They are